I worked on FOSSASIA’s Open Event Server in Google Summer of Code 2017.

The Open Event Orga Server had frontend and backend tightly coupled with each other with lots of logic written inside the template files. Since there are other client web and Android apps(

The goal of this GSoC project was to refactor the current project and decouple the backend making it just an API server, with the frontend being developed under a different project - Open Event Frontend.

Here’s a short video on the work done during the coding period. 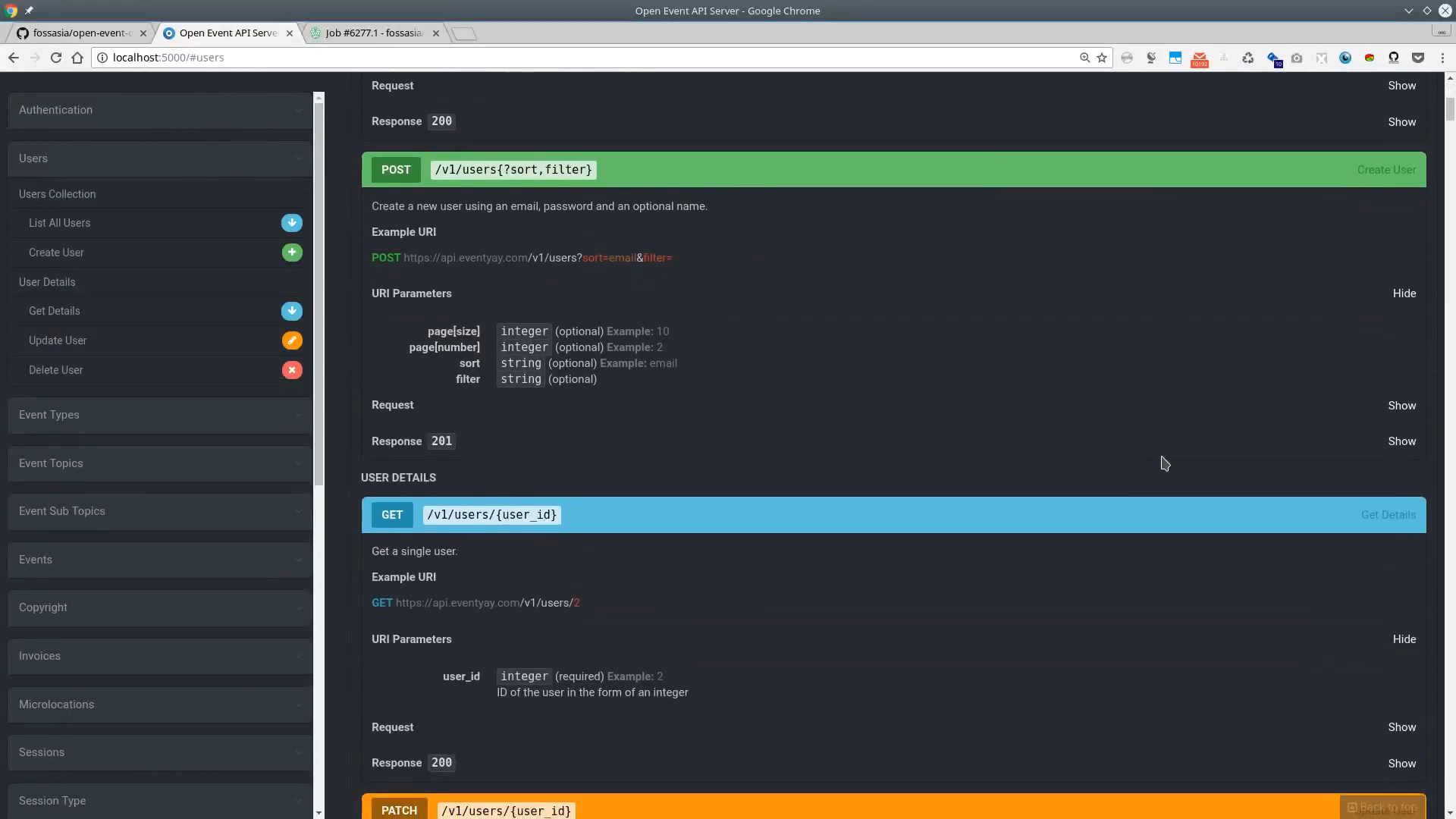 The following goals were achieved during GSoC 2017:

I, along with SkrPl, organized a FOSSASIA meetup at BITS Pilani Hyderabad Campus, Hyderabad, India. Around 50 undergrad students attended the event. The meetup was aimed at giving an insight on Open Source software and what the Google Summer of Code programme is. This was followed by a hands-on session of installing various FOSSASIA Projects and getting started with first contributions. We managed to install Open Event Orga Server, LokLak Wok Android and Loklak server on the attendees’ systems, depending on what the person was interested and experienced in, like Python or JAVA or Android App Development. These are the related links for the event.